“A child must learn to walk before learning to run. Skiing skill development must follow the same sequence, with basic skiing technique being mastered, allowing young skiers to master steeper slopes and more difficult snow conditions, before serious ski racing begins. The challenge of speed, the essence of ski racing, must come in a “run for fun,’ not “run to win’ situation. Formal competition too early in the development of skills may stifle a child’s natural delight in racing before they can develop their full potential.”

The Nancy Greene League is an entry-level program designed to develop basic skills and self-confidence. The development approach emphasizes participation in games and exercises that are fun. Because a highly competitive program will hinder skills development for younger skiers, individual competition has been given a low profile in Nancy Greene. Instead, the emphasis is on participation in a team effort where everyone has contributes to the results.
A skills awards program is available as part of Nancy Greene training. There are eight levels of achievement and pins in recognition of each level. The program emphasizes skill development designed to allow an individual to enjoy the sport of skiing for life and, if they are interested, to have the confidence to move to more competitive racing. It is not necessary for a club to follow the awards program; however, it has proven very successful.

The Nancy Greene program emphasizes team participation. Individual‟s results are not posted or distributed as is done in other programs. Teams are made up of all the racers from a club participating in a race event. Inequities in numbers are minimized by the start order and scoring criteria.

The Nancy Greene program is open to any child 13 years old or younger on December 31 of the current race season. All Nancy Greene team members who participate in races sanctioned by the OSZ must be registered through their clubs for AOA or SQA regional membership.

Racers who are not properly equipped will not be permitted to start a race. Parents and racers are encouraged to discuss equipment selection with the racer‟s coach to ensure that athlete has the appropriate items:
Skis: There are no restrictions regarding ski length and radius for NCD-OSZ events. The racer‟s physical development, ability and skills must be considered in selecting appropriate and safe equipment. Parents and racers may want to discuss equipment selection with the racer‟s coach.
Helmets: At all events, competitors must wear full hard-shell helmets specifically designed and manufactured for the particular event.
Ski Suit: No competition suits are permitted. Racers must wear full ski suits.

Nancy Greene races are held on GS-style courses, except that one event may be an ability race. Each of the clubs that have a Nancy Greene team sponsors a race during the season.
Each race will be either 3 or 4 runs, depending on registered numbers scheduled over the day at the decision of the race organizers. The exception is the ability race, when either two or three runs will follow a training run. The number of timed runs for the ability race is determined by the Jury at the coaches meeting on race day.

The safety of competitors, officials, and spectators is of paramount importance. At each race, the Jury is charged with the responsibility of taking all reasonable steps to ensure that safety and, to that end, has the authority to cancel, postpone or annul a run or the race if necessary.

At each race, medals are awarded to clubs based on the total times for a predetermined number of racers from each team roster. The team with the lowest total time wins the gold medal; the team with the second lowest is awarded silver and so on.
The team rosters are composed of athletes that compete at each event of the series. The OSZ Nancy Greene Coordinator will determine the number of racers used in scoring a race once registration numbers are submitted.

Points determine standings in the overall team competition for the year. At each race, teams are awarded points: 25 points for first place, 20 for second, 15 for third, 10 for fourth, and 5 for fifth place.

The Julie Thompson Memorial Invitational race, hosted by Vorlage, will be run following the season. The event is open to teams from both the Outaouais and National Capital Division.

The Fortune Invitational, hosted by Camp Fortune, will be run at the end of the season. It is open to teams from both the Outaouais Si Zone and the National Capital Division. 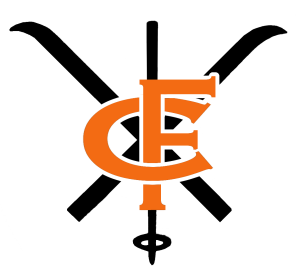 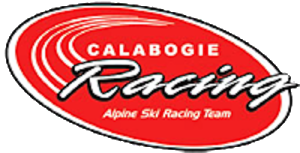